Are you on a business tour in India and you have a free day? You can have the chance to see the wonders of the world. The Taj Mahal, in Agra, is the most popular tourist attraction in the world. This will be a private tour with an air-conditioned car and tour guide. Discover the Taj Mahal and Agra Fort, both UNESCO World Heritage Sites; the tour included airport or hotel pickup and drop-off, as well as a 5-star hotel lunch and monument entry tickets.

Visit Tajmahal, one of the seven wonders of the world.

Pickup time is fixable. Choose any pickup time between 5 AM and 12 AM.

Tour Itinerary - It can be changed as per the tourist's choice.

06:00-Hrs : Pick up from your Delhi hotel, airport in Delhi, Gurugram, or any desired location in Delhi

Our chauffeur will pick you up from your hotel and drive to Agra. Enjoy a 3-hour journey to Agra.

Pickup time is fixable. Choose any pickup time between 5 a.m. and 12 a.m.

Visit the Taj Mahal with your tour guide, The Taj Mahal is one of India's most popular tourist monuments. It was built by the Mughal emperor Shah Jahan for his beloved wife, Mumtaj Mahal. Between 1632 and 1653, it is a white marble mausoleum that was named a UNESCO World Heritage Site in 1983. (Taj Mahal Remain Closed on Friday)

Agra Fort: This beautiful fort was built by the third Mughal emperor, Akbar, in 1565. And later, other Mugal emperors also built other palaces inside the fort, like Jahagir's palace, Moti Masjid, and Musanman Burj. This is the place where Shah Jahan spent around eight years in prison, and it is said that he died in the Agra fort.

Enjoy a lunch break at a multi cuisine Indian restaurant.

Itimad ud Daulah is also called Baby Taj. It was built between 1622 and 1628 by Jahangir's wife, Nur Jahan, for his father, Mirza Ghiyas Beg.

after visiting Agra City Drive Back to Delhi, and drop off at your desired location in Delhi.

This is a flexible tour and it can be changed based on your preferences.

The Taj Mahal is one of the seven wonders of the world and a UNESCO World Heritage Site. Taj Mahal is an Arabic word, and it means crown palace. The Taj Mahal was built by the fifth Mughal Emperor Shahjahan as a memorial to his beloved wife Mumtaz Mahal. This beautiful mausoleum on the bank of the Yamuna river started in 1631, and it took 22 years to complete with the help of about 20,000 workers who migrated from Persia.

Agra Fort was constructed by the third Mughal emperor Akbar in 1565 A.D. and includes other beautiful buildings like Diwan-I-Am, Diwan-I-Khas, and Musamman Burj (where Shah Jahan was imprisoned and died). Other structures include the Moti Masji, a white marble mosque pearl, the Diwan-e-Am, the Diwan-e-Khaas, the Musamman Burj (where Shahjahan died in 1666 A.D.), Jahangir's Palace, the Khaas Mahal, and the Shish Mahal.

Tourist places to visit in Agra

Fatehpur Sikri (around 40 km away from Agra).

Tomb of Akbar the Great (Sikandra).

Bharatpur Bird Sanctuary (around 60 km away from Agra).

Elephant Conservation and Care Center (around 40 km away from Agra).

How to Reach Agra

By Road - Agra is well connected to all of India's major tourist destinations.

By Train - Tourists can get trains from all major tourist destinations to Agra.. 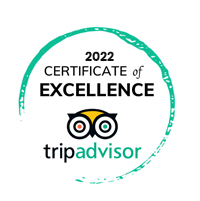